The overall mission of Shared Radiance Performing Arts Company is to entertain, enlighten, educate and explore experiential and interactive theatre through the works of Shakespeare and beyond. During SRPAC productions, audience members often travel through parks and public places following the actors from scene to scene. SRPAC also produces a 50- minute Shakespeare Compilation that is performed in schools across North Carolina. SRPAC is dedicated to outreach, education, and creating quality experiences for every audience member.

​SRPAC is a member of the North Carolina Theatre Conference and the Shakespeare Theatre Association. Administrative offices are located at 609 NC Hwy 62 East in Pleasant Garden with performance sites throughout the Triad and beyond. SRPAC does not discriminate on the basis of race, color, sex, sexual orientation, gender identity or expression, religion, national and/or ethnic origin, age, disability, or military or veteran status in any of its educational programs, employment practices, and activities. 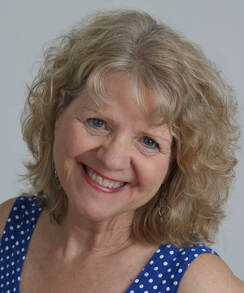 Sherri Raeford, former Outreach & Education Director for the North Carolina Shakespeare Festival, founded and became Artistic Director of Shared Radiance Performing Arts Company in 2013.  She interned and studied at Shakespeare’s Globe Theatre in London through Shakespeare Lives​ ​in 2003 and 2005.  In 2016 she returned to the Globe for the International Teacher's Conference for continued work with Globe practitioners.  Sherri has continued studies through the American Shakespeare Center in Virginia in 2017 and 2019 through the McMaster Seminar Series at Stratford Shakespeare in Ontario.  She has been a practitioner for Shakespeare Lives for the past 15 years and has taught numerous Shakespeare workshops and camps at UNC School of the Arts and throughout the state. Sherri continues to explore concepts and methods she learned while working with the master teachers and directors at the Globe, while incorporating rhythm and movement into her work.  She has an M. Ed. in Theatre from UNC Greensboro and enjoys working with all age groups exploring the works of the Bard and beyond.   She is also an avid ballroom dancer and creative movement specialist.  Sherri has taught, directed and performed for the past 30 years.
BOARD OF DIRECTORS
Susan Garrett
Linda Jackson
Bill Pirkey
Jackie Jackson
Carolyn Swaim
Martha Yarborough